Anzac Day is the solemn day of remembrance of those Australian and New Zealand Army Corps soldiers who have fought and died for their country, and is marked annually on the anniversary of the Gallipoli campaign of the First World War.

Anzac Day is celebrated on 25 April each year, regardless of on which day it falls. The day is a public holiday, however no replacement holiday is given if Anzac Day falls on a weekend (except in Western Australia).

It was on 25 April 1915 that the armies of Australia and New Zealand entered into their premier battle of the First World War, at Gallipoli, Turkey. At the time, Australia had only been recognised as a federal commonwealth for thirteen years.

Many Australians were sympathetic to the United Kingdom, which they regarded as the motherland. So the volunteer armies of Australian and New Zealand, eager to fight the good fight in the war, bravely landed on the shore of the Gallipoli Peninsula with the intent to capture and secure a safe passage for Allied navies.

At Gallipoli, the Anzacs faced off with one of the fiercest armies history has ever known. Despite landing under the cover of darkness, the Anzacs were met with immediate bombardment and gunfire. On the shores of Gallipoli, the Australian and New Zealand armies fought for eight months forcing a stalemate. Eight thousand Anzac soldiers lost their lives before the Allies called for an evacuation. 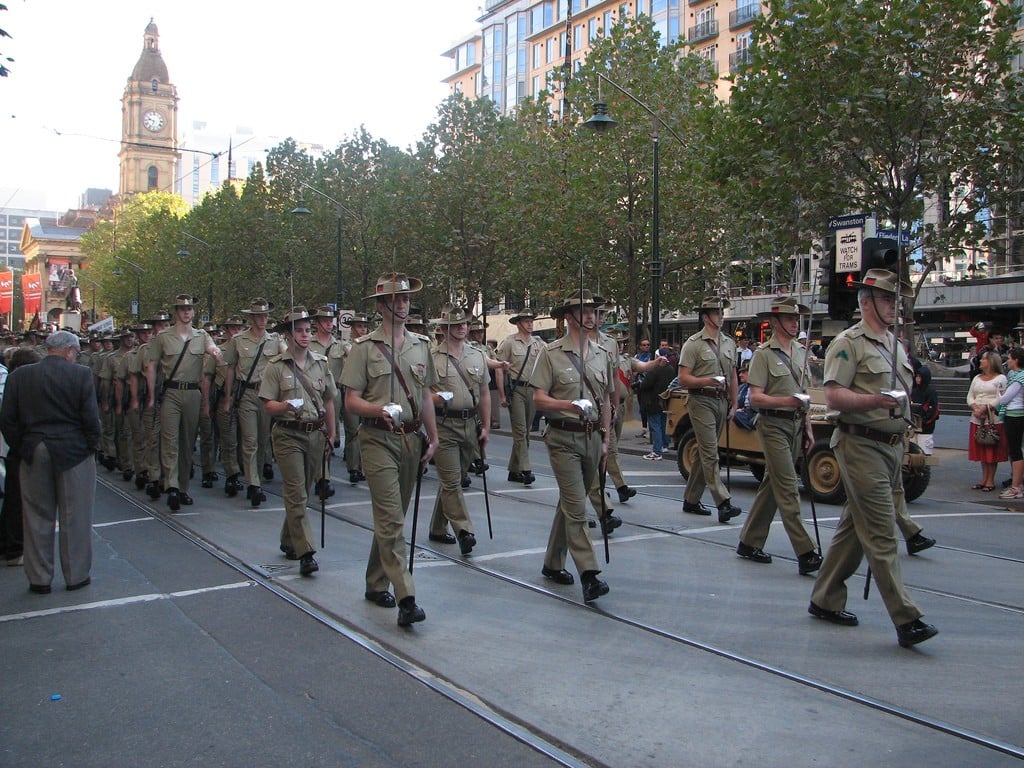 While the operation itself was not a success, the valour and determination shown by Anzacs, the “Knights of Gallipoli,” were immediately commemorated in Australia, London, and even at the Allies’ camp in Egypt in 1916. Parades and ceremonies were held in their honour, and even those who were wounded in combat were a part of the parade while they were still recovering.

By the 1920s, the day had become a way to memorialise the sixty thousand Australian soldiers who died in the First World War. By the next decade, all Australian states had a form of celebration for Anzac Day, and many of the traditions we still carry out today had already taken shape. Forevermore, the 25th of April would be known as the day Australia arrived as a force in the world.

“ANZAC! In April—a name unformed, undetermined; June—and the worth of a Nation and Dominion proved by the five letters—bound together, by the young army’s leader, Lieut.-General Sir W. Birdwood, in the inspired “Anzac”—Australian, New Zealand Army Corps.”

However, for all the gallantry and selfless sacrifice offered by Australians in this war, it must also be remembered that throughout World War 1 there was constant, unnecessary waste of human life. Bryce Courtenay writes about the sacrifice of the Light Horsemen in his introduction to “An Anzac’s Story” by Roy Kyle A.I.F (p. 152),

“Their gallantry will never be forgotten, and the stupidity of the commanding generals must never be forgiven. This was a war where too many of the beautiful young of every nation were sacrificed willy-nilly by old men smelling of whisky, with the brass buttons on their tunics stretched to breaking point over their paunches. Dyspeptic colonels and generals, spluttering and mumbling through their tobacco-stained moustaches, watched men die through the rubber eyepieces of their field glasses and pronounced the battle glorious.”

Why is Anzac Day important?

While Anzac Day is set to coincide with the anniversary of the landing in Gallipoli, the day itself is not meant to be a commemoration of the event, but rather the qualities that Australia established for itself there. On Anzac Day, we recognise the courage, mateship, skill, and perseverance of those who have served, fought, and given their lives in the military. On Anzac Day, we show love, honour and support for those who fought to enable freedom for people all over the world, but were not able to make it home.

Some ways Anzac Day is commemorated

ANZAC Day’s motto is ‘Lest We Forget’ and is a phrase uttered after the reading of the Ode of Remembrance, a poem called ‘For the Fallen’, written by Laurence Binyon in 1914 in England. The main verse of the poem, the fourth and middle verse, is quoted at ANZAC Day ceremonies, and other remembrance ceremonies.

“They shall not grow old, as we that are left grow old:

Age shall not weary them, nor the years condemn.

At the going down of the sun and in the morning,

We will remember them.”

* Where two dates are listed for a public holiday, please check your award or agreement to determine which of the two days is the relevant public holiday.