Queen Elizabeth II is the constitutional monarch of 16 sovereign states and the Supreme Governor of the Church of England. She was born on 21 April 1926 but her birthday is celebrated on a separate date. She has been Queen since 1952 and is now the longest reigning British monarch in history, the second-longest being Queen Victoria who reigned for 63 years. 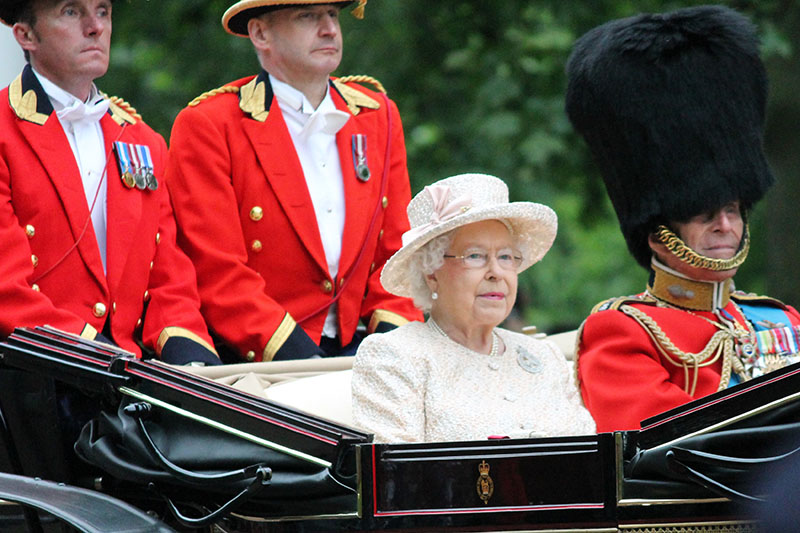 Queen Elizabeth II in an open carriage with Prince Philip for Trooping the Colour to mark the Queens official birthday, London, UK

The following is a newspaper article from the Sydney Morning Herald, 26 May 1937 that records the change:

The Premier (Mr. Stevens) said last night that the celebration of King’s Birthday, including levees, flying of flags, etc., would take place this year on June 9, which would be known as King’s Day…

… The Acting Prime Minister (Dr. Page) announced… that Wednesday, June 9, had been fixed for the official celebration of his Majesty’s birthday in the United Kingdom this year, and that this day would be observed in Australia for celebrations usually associated with the King’s birthday. It had been arranged to fly flags on Commonwealth Government buildings throughout Australia onJune 9, and it was hoped that the general public would follow the same practice.

The Royal Military Academy at Duntroon holds the Queen’s Birthday Parade each year – one of its most important public events – which includes the Trooping of the Queen’s Colour. The Queen’s Colour was trooped for the first time in 1956, and has been every year since at the Birthday Parade. The Trooping of Colour in Australia has its’ origins in the same ceremony held in the United Kingdom.

Football also features on the Queen’s Birthday. Since it’s first season in 1897, the Victorian Football League (now the Australian Football League – AFL) has always played football on the holiday. Since 2001, the AFL has scheduled its fixtures to only allow Collingwood to play Melbourne at the Melbourne Cricket Ground on the Monday. It is a big event that can trace the two teams playing on this date back to 1958 when just under 100,000 people attended the game.

The Queen’s Birthday long weekend is also the official start of the snow season in the high country regions of New South Wales, Australian Capital Territory, Victoria and Tasmania.